The Arc of the Ozarks believes the direct support staff are the foundation of our agency. The Executive Team set high goals for the 2016-17 year and challenged staff to provide the best services possible. The Employee Appreciation Night was a great way to recognize the hard work and dedication of each individual and thank them for all they do for this organization.

Employees were invited to the University Plaza Convention Center on Saturday, March 3rd where they were treated to a fun filled night at The Arc Pep Rally. The Pep Rally themed evening began with team games, arcade games and a buffet of appetizers.  Everyone enjoyed the comradery with their co-workers as they mingled before the award ceremony.

The ceremony began with a light hearted dance by various staff with large face masks of the Vice Presidents and Directors. The employees of the month over the past year, the employee relations committee and the Arc executive staff were then recognized.  The energetic Sarah Gremminger and Andy Beaugard were the cheerleader and football captains of the ceremony keeping the crowd engaged and entertained. Mike Powers then recognized the one, five, ten, fifteen, twenty and thirty five year service recipients. Each one year recipient received an Arc of the Ozarks beach mat. The five to twenty year awards received various amounts of Amazon gift cards. Libby Barnard was the only thirty five year recipient and was awarded with flowers and special recognition.

The ceremony also included a lip sync battle between Libby Barnard and Mike Powers. While Libby’s performance of Uptown Funk was hilarious and entertaining, Mike ultimately wowed the crowd with his rendition of Gangnam Style. The ceremony was wrapped up with the awards for Employee of the Year. The winners were presented to Michelle Kaye for Springfield, Liz Parks for Joplin and Stacey Rice for Monett. Each Employee of the Year was given a crown, sash and flowers.

Overall, the evening was a great success as employees were able to enjoy the games, win prizes, interact with the magician and spend time with their coworkers. Through the course of the evening over 60 door prizes were given out that included gift cards for restaurants and gas, as well as 3 grand prizes for nights out on the town valued at $200. The evening ended with each attendee receiving a Frisbee or baseball hat with The Arc logo. 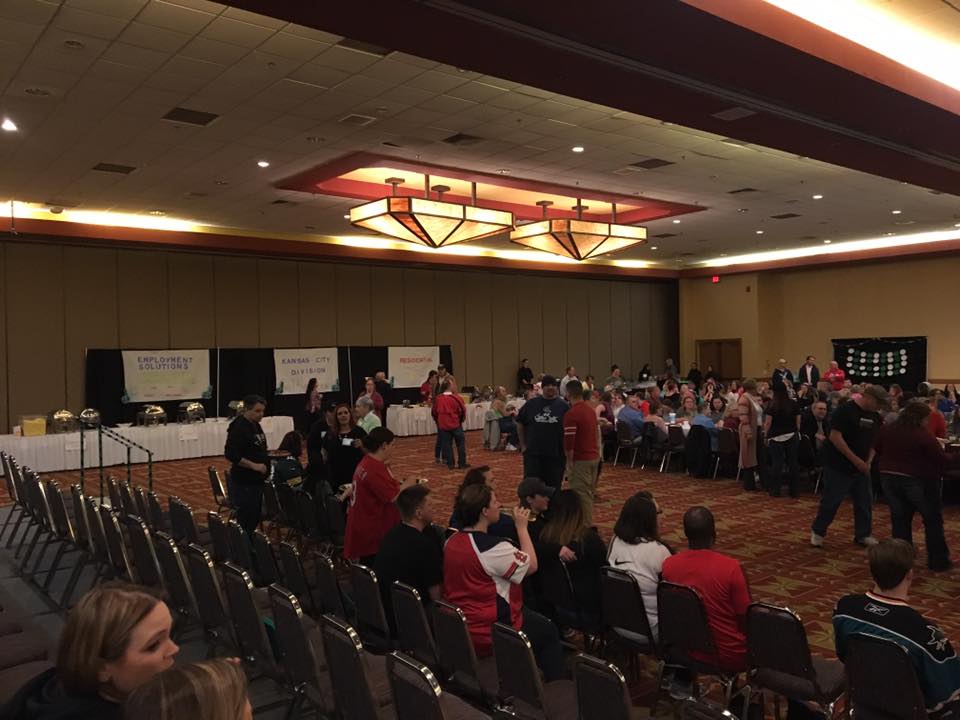 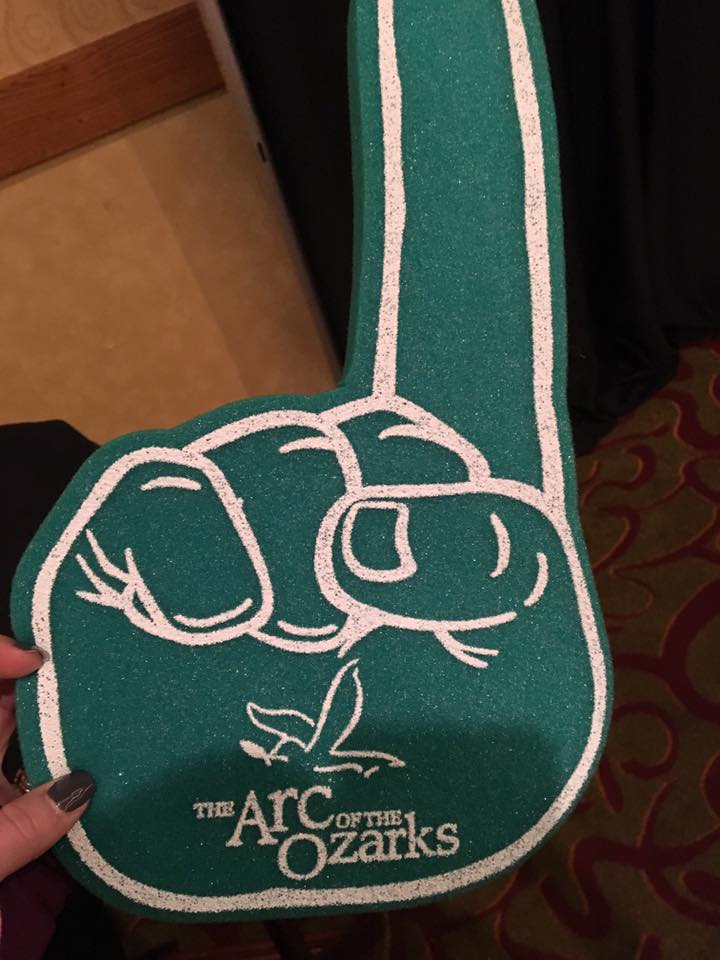 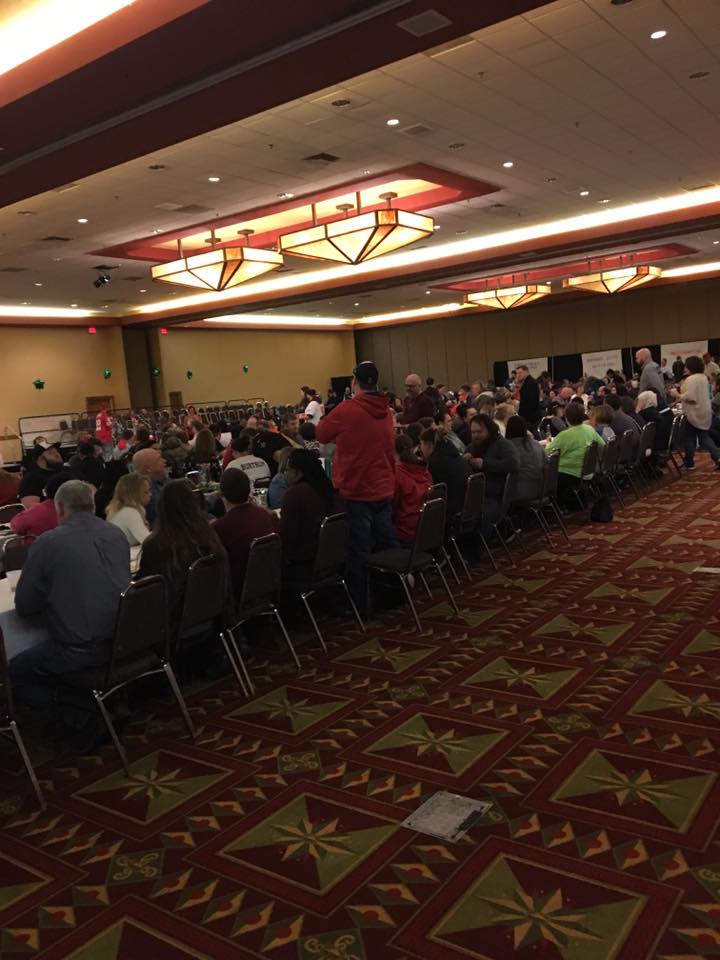 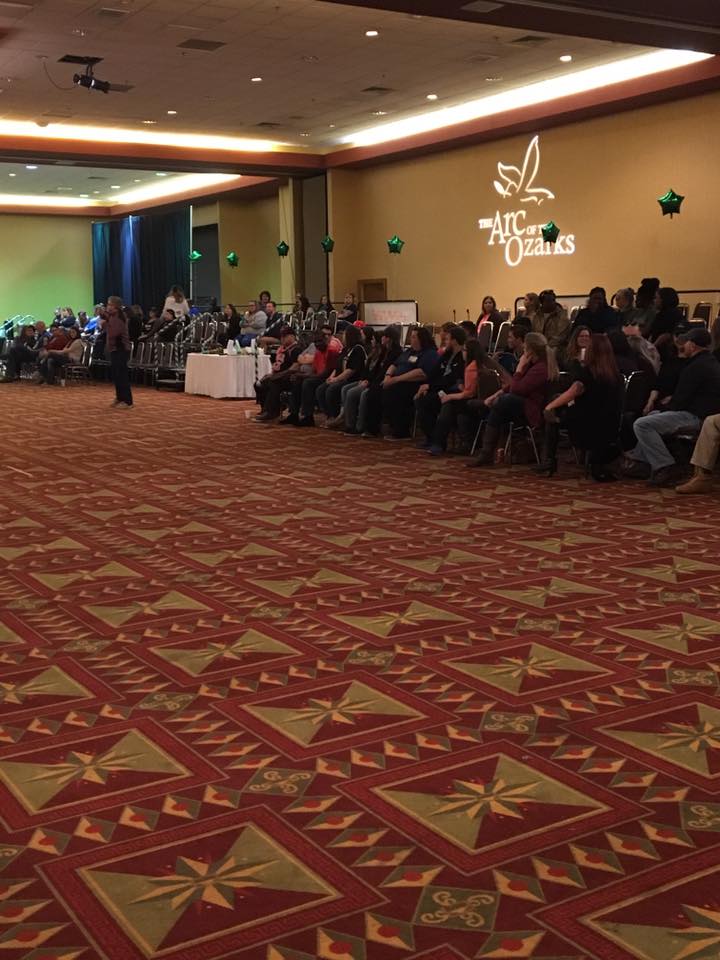 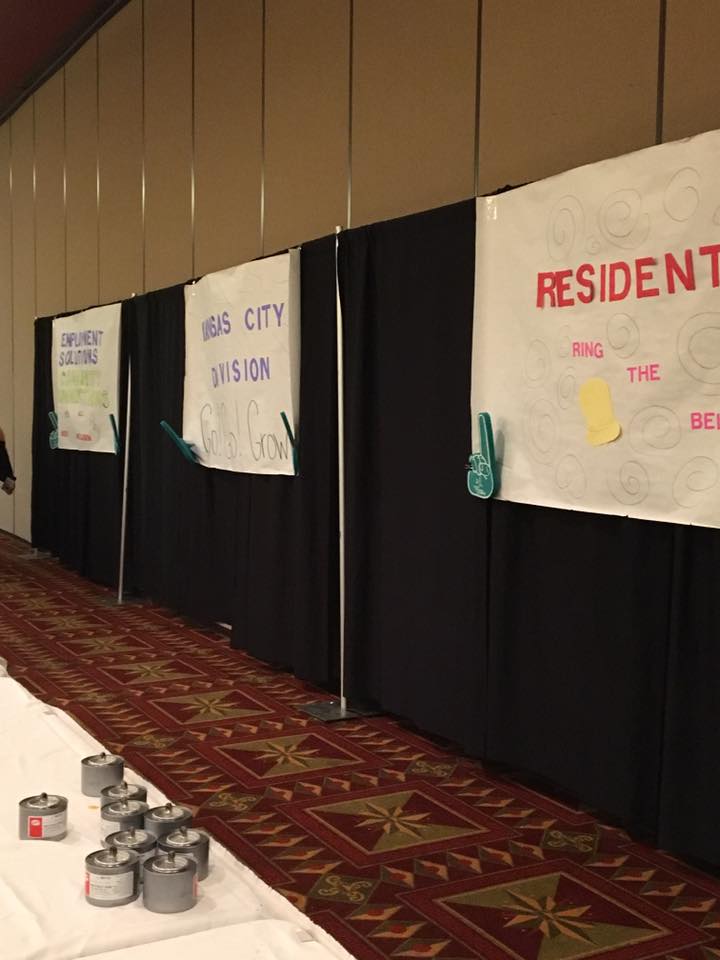 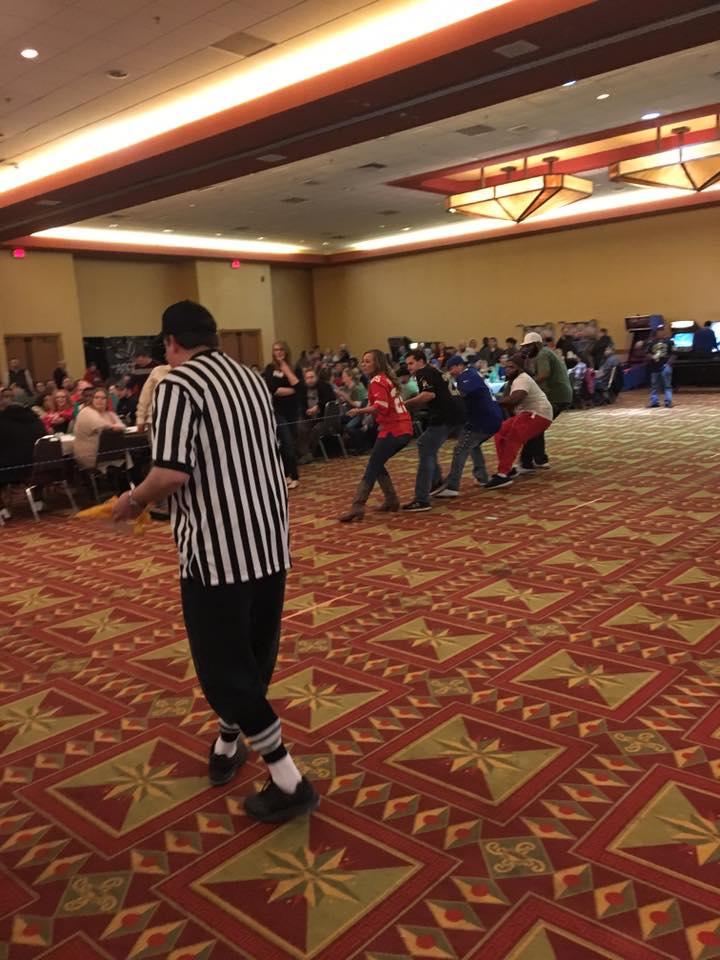 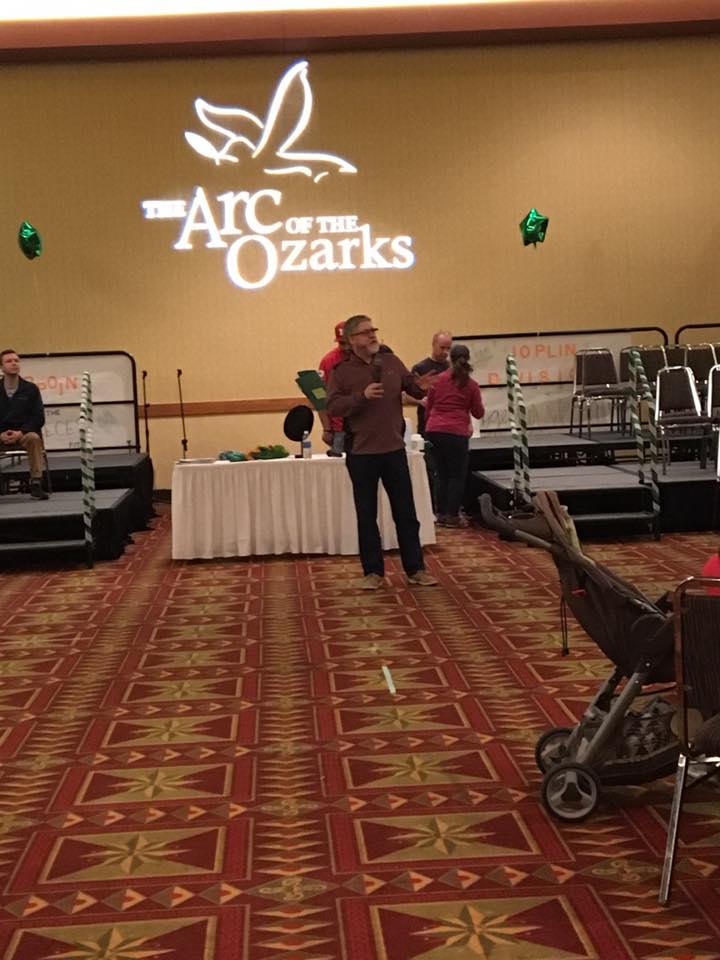 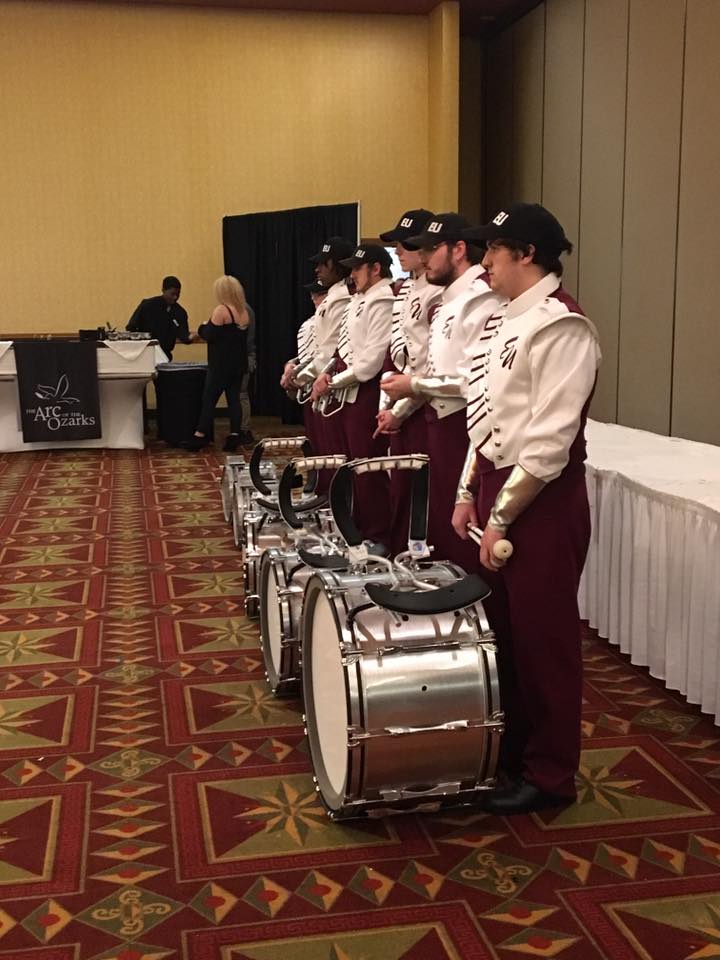 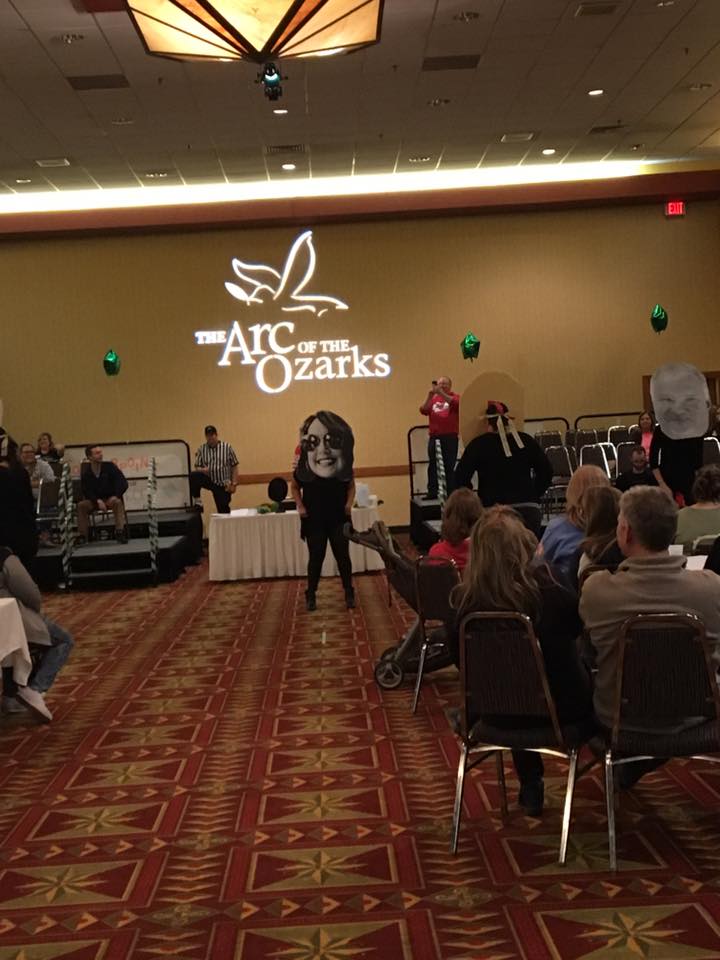 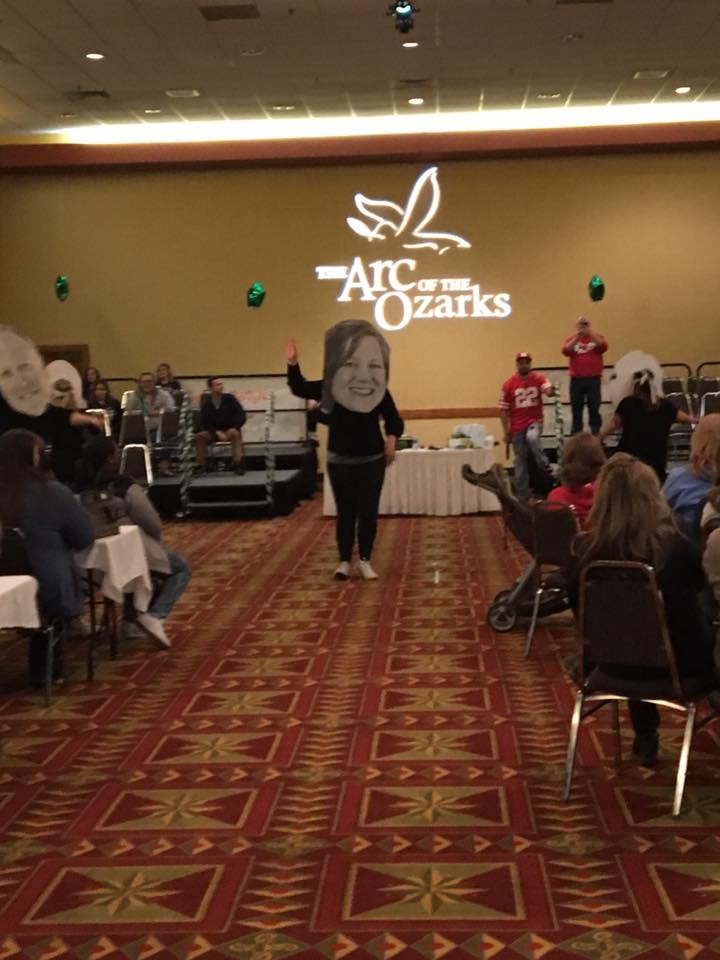 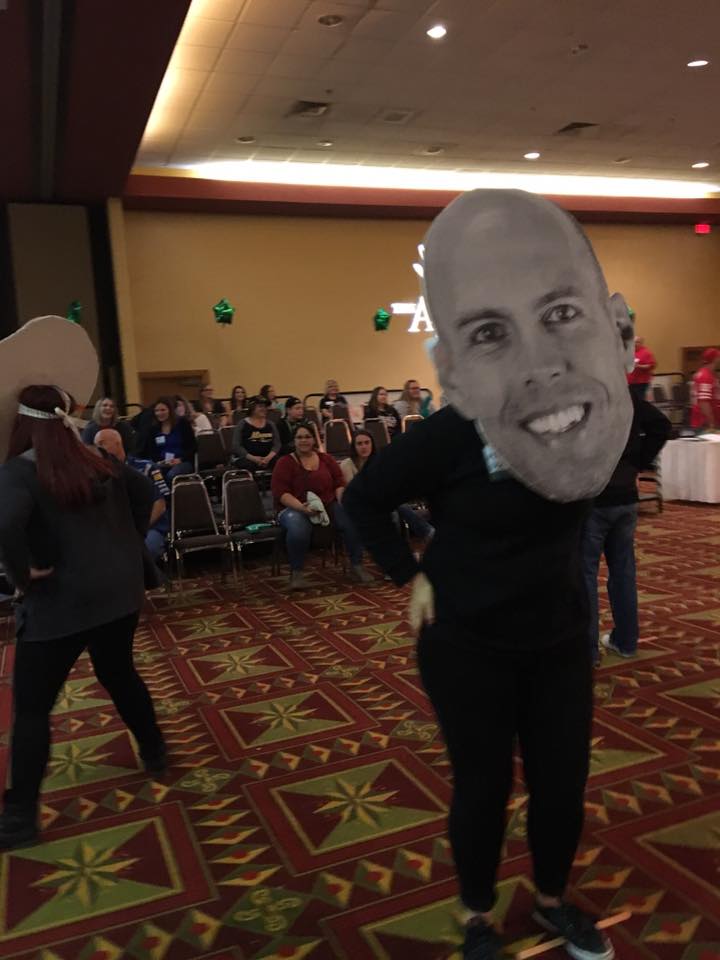 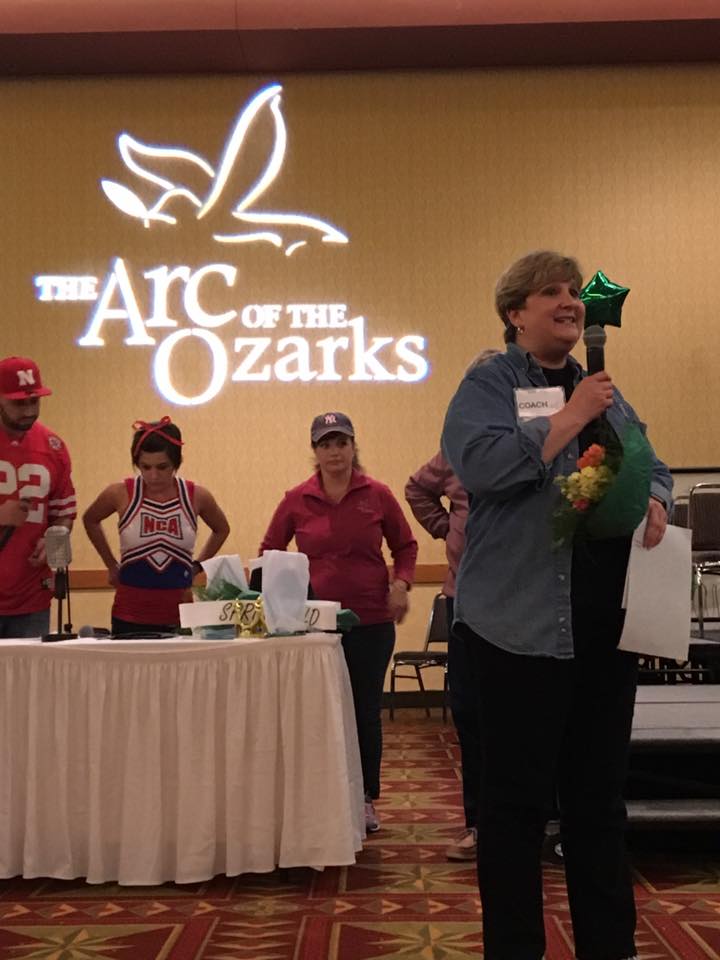 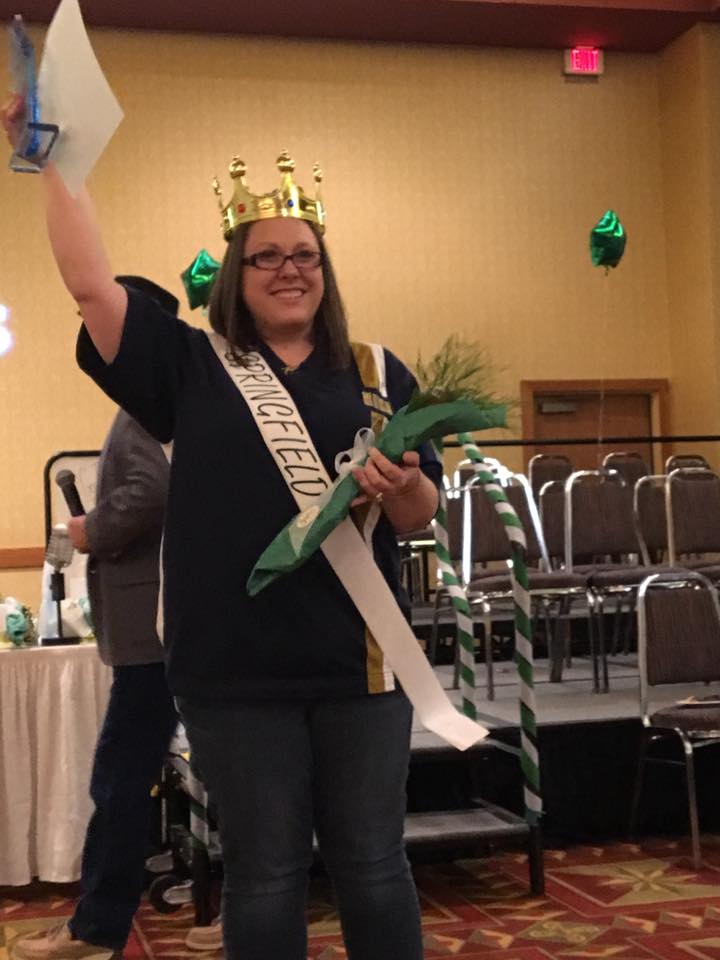 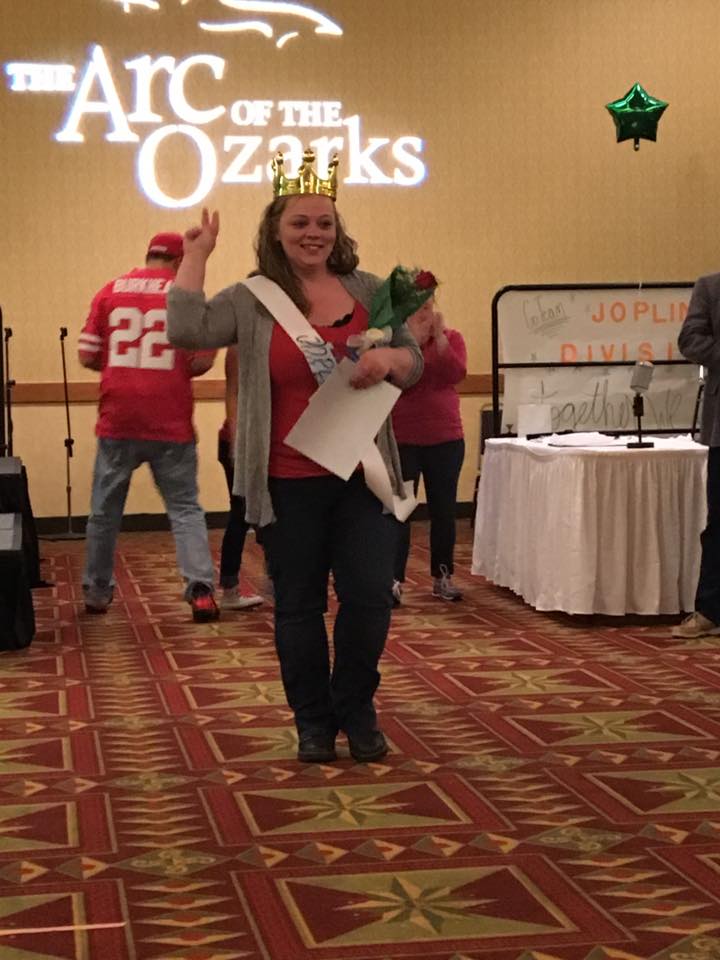 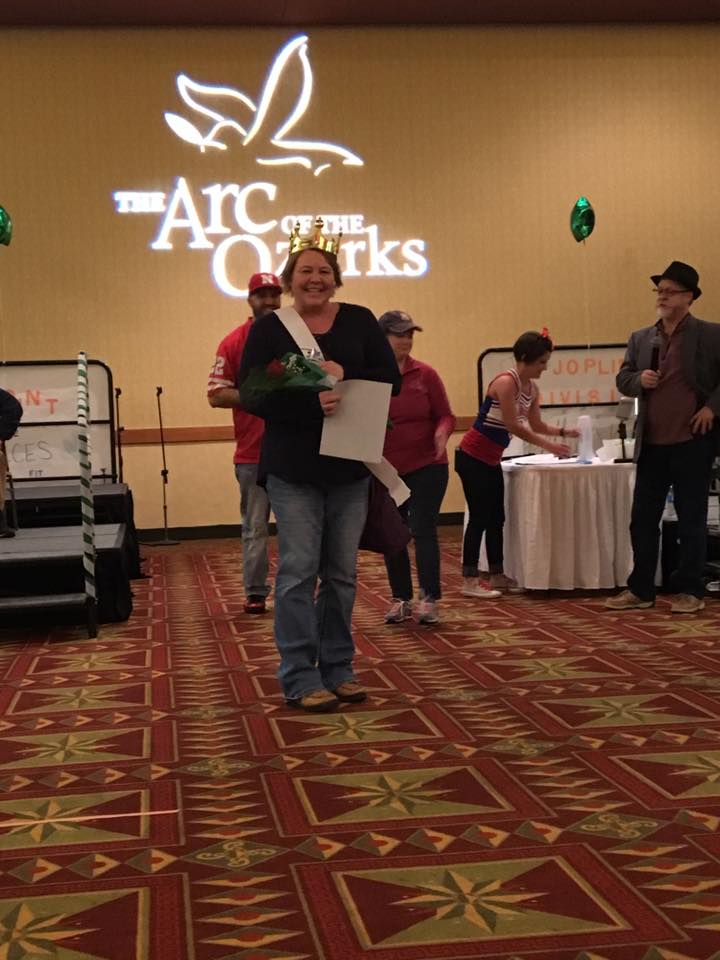